Bitcoin and volatility are two words that often go hand in hand. Volatility means that the price of an asset might change rapidly and unpredictably, especially, for the worse.

For Bitcoin, after the highs of the past two years, the past few months have been rough. But to a trader, on-chain metrics can help navigate through the crypto winter.

From this to that

Despite bears’ presence, Bitcoin, at press time, broke out of the $17-$24k trading channel as it traded at $25k on CoinMarketCap.

Undeniably, BTC has declined by 16% since the start of the year.

However, crypto’s cycles got less sharp with time as profit tops and loss bottoms didn’t quite follow a horizontal line, as per a CryptoQuant analyst. The said analyst used the on-chain metric Net Unrealized Profit and Loss (NUPL) for reference to shed more light.

Herein, the value of the metric has surged up and turned positive. The graph marked the relevant zones of the trend for the Bitcoin NUPL indicator.

As one could see, these NUPL cycles got less volatile with time as the metric didn’t surpass the 0.75 greed mark as it did in previous cycles.

The last two bottoms also had to descend loss amounts. Just a while ago, the NUPL’s value sharply dropped off into negative and subsequently rebounded back up into positive values after forming a potential bottom.

However, this low was far from the conventional 0.4 mark.

In addition to this, the risk of a pronounced drop (unlike in the past) seems to have eased out as macroeconomic pressures subsided. Analytic firm Glassnode in a tweet shared the same narrative. 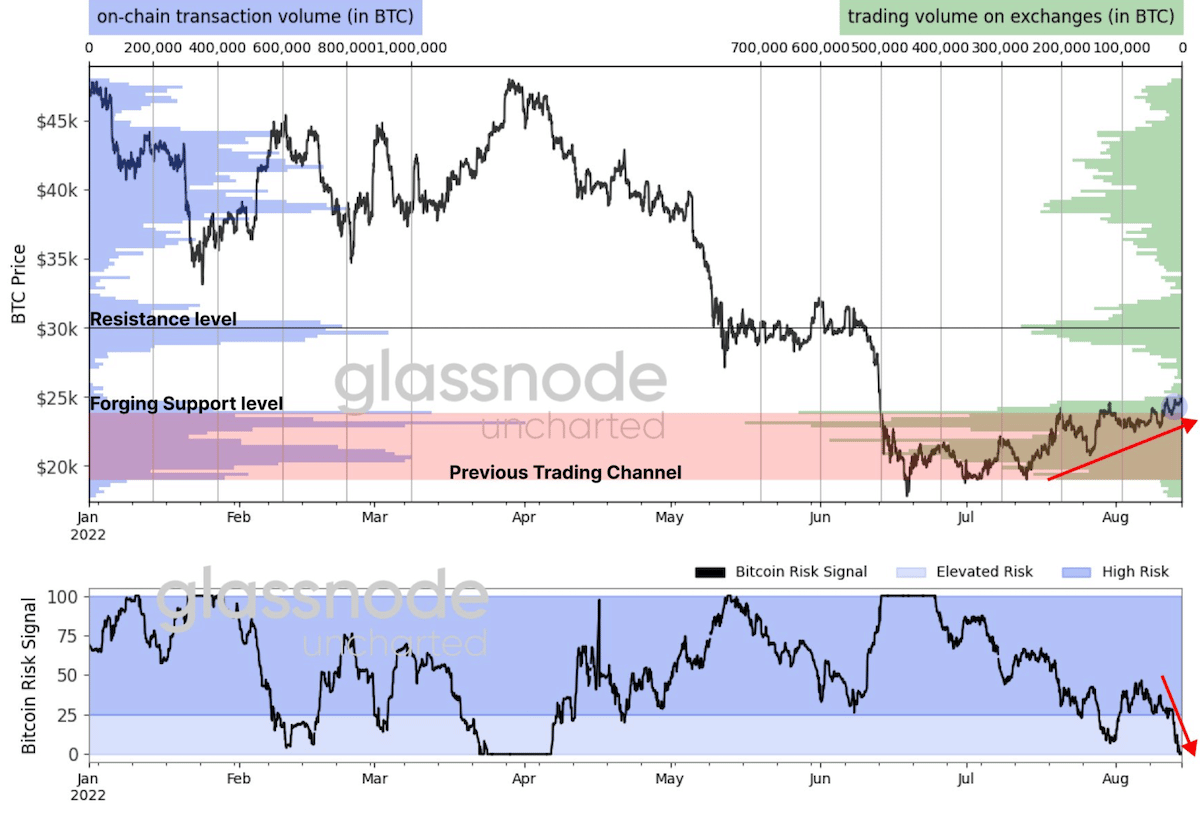 That said, Bitcoin’s ‘demand is still down as altcoins steal the thunder,’ Glassnode added. But it doesn’t mean that the prices couldn’t resurface above the shoreline.

Looking at the weighted average funding rate, one can assert that the short-term holders had congested the network, and a rebound could be in play.

The next steps towards a big future

The next steps towards a big future