The State of the Crypto Market in 2022 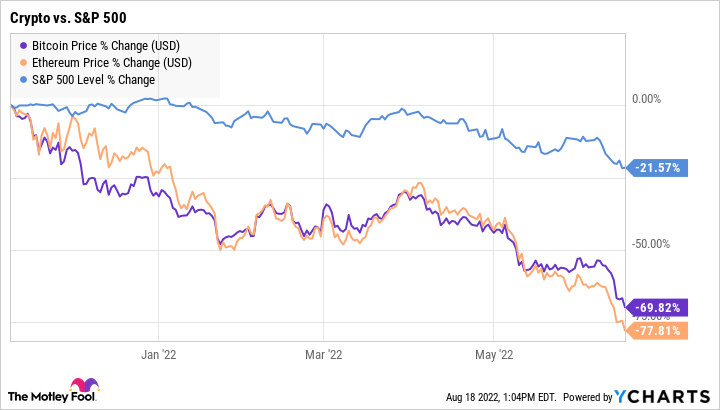 The markets took a sharp turn in June. Bitcoin and the S&P 500 have posted gains in double-digit percentages since the summer’s bottom, while Ethereum raced more than 70% higher. That surge may sound big, but don’t forget that Ethereum started its rebound from rock-bottom price levels. All told, both Ethereum and Bitcoin are down by more than 60% since the peaks of last November.

A significant chunk of the market-moving fuel came from the economy. Inflation is surging, not only in America but all over the world. In addition, geopolitical tensions in Asia and Europe added more strain to supply chains and financial systems that were already under stress from the coronavirus crisis.

However, the crypto industry has seen some essential developments in recent months. These events will probably look important when crypto investors look back on 2022 from the future.

Guidance from the United Nations

First, the international forum for global economic development noted that cryptocurrencies bring both opportunity and risk to national economies. In particular, developing nations should approach digital currencies with caution. Cryptocurrencies offer immediate access to modern payment systems, but their unstable nature also exposes crypto holders to sudden price changes. An unexpected price drop could ruin your family’s finances if your life savings are fully invested in Ethereum or Bitcoin. When you scale that problem up to an entire nation’s economy, the stakes are even higher.

UNCTAD also acknowledged the benefits of a borderless payment system on a global scale. Therefore, the globalization agency suggested that economic leaders should get together and develop crypto trading laws and regulations in the spirit of cooperation. If anything, the risky quality of cryptocurrencies should inspire improvements to traditional fiat currencies and old-school banking systems.

“It is argued that a domestic digital payment system that serves as a public good could fulfil at least some of the reasons for crypto use and limit the expansion of cryptocurrencies in developing countries,” the report said. “Given the risk of accentuating the digital divide in developing countries, UNCTAD urges authorities to maintain the issuance and distribution of cash.”

El Salvador has been using Bitcoin as legal tender since 2021, alongside the U.S. dollar. The Central African Republic followed suit four months ago, adding Bitcoin as a digital alternative to the CFA franc.

El Salvador is building a new city around the concept of Bitcoin mining, funding that project with its existing digital currency portfolio. In the Central African Republic, the government has issued a new blockchain network called Sango, partially backed by Bitcoin reserves. In a curious twist, you can now become a citizen of the Central African Republic by setting aside $60,000 of Sango-based collateral. Then, after five years, you’ll get your Sango capital back along with that new passport.

However, these developing nations are struggling with the practical side of relying on Bitcoin. Digital payment systems are not popular yet, and not everybody has the technology they need to use all-digital systems. The world is watching El Salvador and the Central African Republic tackle their issues. So far, the results haven’t been great.

The central banks of Thailand and Australia are looking into central bank digital currency solutions. These large economies have to review the risks and opportunities of digital currencies on a different scale than the much smaller economic systems mentioned above. Lessons learned in all of these early experiments will help the rest of the world build better rule books.

At the same time, more countries are setting up regulatory frameworks for mining, owning, trading, and sending cryptocurrencies. In some cases, their new rule books could lead to digital forms of legal tender, either directly like El Salvador or through Bitcoin-backed official currencies like in the Central African Republic.

For example, the European micro-nation of Andorra approved crypto legislation in early June that allows the government to issue its own digital token. The landlocked state isn’t about to replace the euro with a Bitcoin clone anytime soon, but these baby steps may lead in that direction. Furthermore, the Andorran government officially considers cryptocurrencies to be a form of currency and not an investment asset.

In South America, the government of Paraguay recently approved a wide-ranging set of crypto regulations with a different focus. The bills didn’t say much about treating Bitcoin-like cryptos as an official currency, but they did clear the way for crypto-mining businesses to set up shop in Paraguay. The country has abundant green energy, generated by the massive Usina and Itaipu hydroelectric dams. Putting excess energy to use in Bitcoin-mining facilities could make economic sense. The country currently exports spare electricity to Brazil for pennies on the dollar, and a crypto-mining option may be more profitable.

Is this a good time to buy cryptocurrencies?

In the summer of 2022, the world inched ever so slightly closer to workable digital currency systems on a global scale. This work is vital for reasons ranging from consumer protection to deep-pocketed institutional investor interest, and it’s all right if it takes a while. It’s more important to get it right than to get it done quickly, after all. Meanwhile, Ethereum will perform its long-awaited “Merge” in September.

All in all, the reasons to take crypto investing seriously are piling up and the tokens are still cheap. Bitcoin and Ethereum look like solid buys right about now — as long as you don’t mind dealing with a bumpy road in the months ahead. It takes time to build a stable regulatory system for the long haul.

Polkadot price analysis: DOT devalues up to $7.22 as bearish current still flows in the market

Polkadot price analysis: DOT devalues up to $7.22 as bearish current still flows in the market