Disclaimer: The datasets shared in the following article have been compiled from a set of online resources and do not reflect AMBCrypto’s own research on the subject.

Built on the proof-of-stake (PoS) consensus mechanism, LUNA is a prominent part of the crypto ecosystem. The recent Ethereum Merge has also impacted the industry a lot.

The history of the Terra blockchain and its native currency LUNA is rather tumultuous, however. In 2018, a pair of creative entrepreneurs, Do Kwon and Daniel Shin, founded Terraform Labs in the South Korean capital of Seoul. It was in 2019 that the pair launched the Terra blockchain and the associated cryptocurrencies – UST and LUNA – the latter being the support coin of the former.

Over 17 funding rounds, Terraform Labs raised a total of $58 million, its leading investors being Galaxy Digital, Pantera Capital and Hashed.

Stablecoins such as UST were launched to safeguard the investors against the high price volatility of mainstream cryptocurrencies such as Bitcoin- a stablecoin has a steady price.

The stablecoin project was aimed at complementing the price stability and wide adoption of fiat currencies with the decentralized model of cryptocurrency.

LUNA was one of the market’s top performers once, with the altcoin once among the top 10 cryptocurrencies by market value towards the end of 2021.

A Bloomberg report from May 2022 sheds light on the further developments that transpired. It was in early May 2022 that the Terra system collapsed as large investors began selling their tokens. The move caused a huge drop in the price of the coins. While the price of UST fell to $0.10, LUNA’s price fell to almost zilch.

The cryptocurrency market lost around $45 billion within a week in the ensuing bloodbath, leading to a global crash in the market. The leadership of the Terra system hoped to buy Bitcoin reserves to buy more UST and LUNA coins so that their prices can be stabilized, but the plan didn’t work.

Thousands of investors across the globe lost significant amounts due to the mishap. In the immediate aftermath, the Korean National Tax Service imposed $78.4 million in corporate and income tax on Do Kwon and Terraform Labs after a Terra investor filed a police complaint against the co-founder.

In fact, an affected investor even broke into Kwon’s house in South Korea. His wife then sought security from the police.

In July 2022, News1 Korea reported that South Korean prosecutors raided 15 firms, including seven cryptocurrency exchanges in relation to the investigation around the Terraform collapse. More than 100 people who filed complaints with the prosecutors’ office reportedly had losses totaling roughly $8 million.

Many from the industry had been warning the cryptocurrency community about the upcoming doom. Kevin Zhou, CEO of Galois Capital, was one such individual. He said that the result was inevitable as the “mechanism was flawed, and it didn’t play out as expected” However, most people didn’t pay any heed.

On May 25, Bloomberg reported that a new version of LUNA was launched following a hard fork, with the new LUNA coin no longer associated with the devalued UST coin. The older currency is called Luna Classic (LUNC) and the newer one is called Luna 2.0 (LUNA). Though the older cryptocurrency has not been entirely replaced, its community might slowly dissolve as more and more users move to LUNA 2.0.

The new initiative included an airdrop of new LUNA tokens to those who held Luna Classic (LUNC) and UST tokens and suffered. A significant portion of the minted currency is to be reserved for development and mining operations. Currently, there is a supply of 1 billion LUNA tokens.

The collapse of the twin coins proved to be a harbinger of increased government regulations, if not downright opposition, in the cryptocurrency industry. The anonymous model of the industry, much touted to be the foundation of the decentralized cryptocurrency market, was once embraced by all. However, the moment people lost their investments, they rushed to government authorities for redressal.

This is when government financial authorities found the opportunity to push for implementing rules and regulations in the crypto-industry to tackle price volatility, money laundering etc.

The entry of corporate institutions with government oversight into the industry had already set the tone for what was to come. But this collapse furthered this trend. Now, cryptocurrency entities, whether large or small, will likely be overseen by central banks across the globe. In such scenarios, it will be critical to observe how the industry manages to uphold its anonymous and decentralized nature.

In a recent interview, Kwon said that his confidence at that time was justified as the market success of his Terra ecosystem was inching close to $100 billion, but his faith now “seems super irrational.” He admitted the possibility of a mole being there in the organization, but added, “I, and I alone, am responsible for any weaknesses that could have been presented for a short seller to start to take profit.”

Why these projections matter

The future of LUNA is a very critical matter for the entire cryptocurrency industry. Launched as a part of the regeneration strategy, its performance so far has not exactly been celebratory.

Transactions on the Terra 2.0 blockchain are validated through the proof-of-stake (PoS) consensus mechanism. The network has 130 validators working at a given point of time. As a PoS platform, the power of the validator is linked to the amount of tokens staked.

How LUNA trades will determine the course of not only this particular cryptocurrency, but a number of stablecoins in the market. If it succeeds in gaining the trust of investors, the venture will go a long way in furthering the cause of the asset class of stablecoins.

In this article, we will lay down the key performance metrics of LUNA such as its price and market capitalization. We will then summarize what the most prominent crypto-influencers and analysts have to say about LUNA’s performance, along with its Fear & Greed Index. We will also briefly talk about whether you should invest in the stablecoin or not.

LUNA’s price, volume and everything in between

Over the next few months, the value of LUNA kept oscillating between $1.7 and $2.5. At the time of writing, the altcoin was trading at $3.01 after a brief recovery.

Similarly, its market capitalization isn’t as high as it once was. Back in June 2022, its market cap was over $300 million, but it kept oscillating between below $210 and $300 during much of July.

At the time of press, the figures for the same were well below $350 million. In fact, over a 24-hour window, the crypto was down by 6% on the price charts.

The crisis that unfolded following the collapse of the twin coins impacted the course of the entire market. LUNA has particularly been vulnerable to the volatile market conditions. The Russia-Ukraine crisis and increasing crypto-regulations across the globe have also curtailed the movement of the market.

Before reading further, readers should understand that market predictions of different cryptocurrency analysts can widely vary. And, a good number of times, these predictions prove wrong. Different analysts choose different sets of parameters to arrive at their forecasts. Also, nobody can foresee unpredictable socio-political events that ultimately end up affecting the market.

Let us now have a look at what different analysts have to say about the future of LUNA in 2025.

A Changelly blogpost claimed that experts, after analyzing the previous performance of Terra, have predicted that the price of LUNA will oscillate between $7.26 and $8.62. Its average trading cost during the said year will be around $7.46, with a potential ROI of 384%, they added.

Now, the aforementioned are more recent predictions. Before the events of the last few months, analysts were way more optimistic about the fortunes of LUNA.

“The likes of Digital Capital Management’s Ben Ritchie claimed, The LUNA token will continue to gain traction as long as there are no clear regulations in stablecoins. We believe that LUNA and UST will have an advantage and be adopted as a major stablecoin across the crypto space. LUNA is burnt to mint a UST, so if the adoption of UST grows, the LUNA will benefit greatly. Having Bitcoin as a reserve asset is a great decision by the Terra governance.”

There were contrary opinions too. According to Dimitrios Salampasis,

“Algorithmic stablecoins are considered as being inherently fragile and are not stable at all. In my opinion, LUNA will be existing in a state of perpetual vulnerability.”

That’s not all. In fact, at one point of time, there was also talk of Terra emerging as the most staked asset. 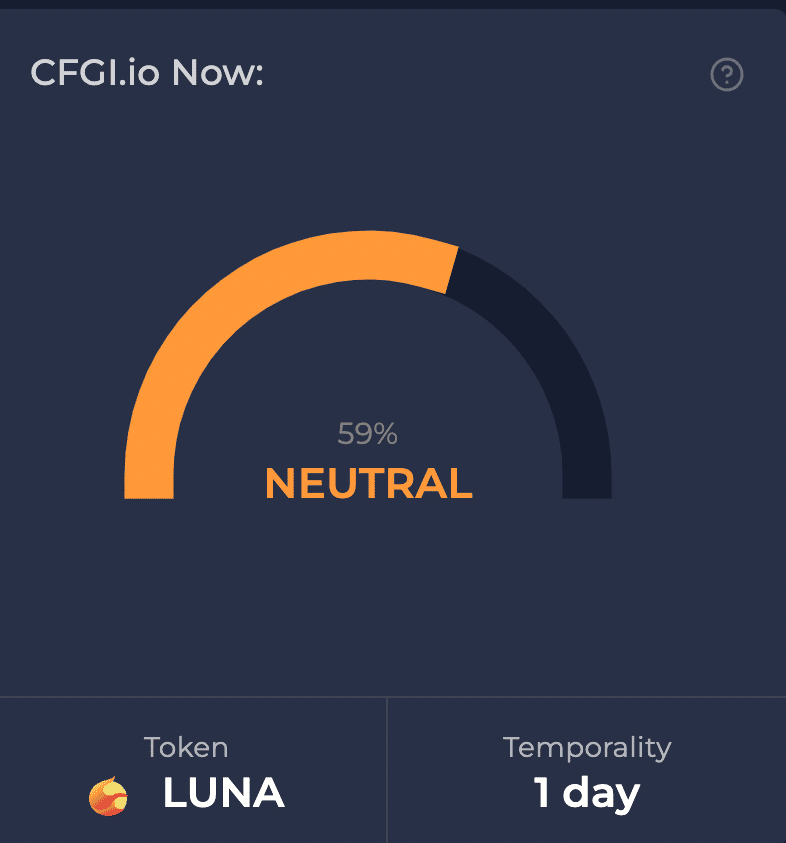 If you are considering investing in LUNA, you should understand that it has entered the market following a significant crisis. It is still not listed on a lot of exchanges due to market fear.

We will also have to see how the community of LUNA developers and investors acts in the next few weeks. If they burn enough tokens so as to drive up its price, it can prove to be beneficial for its future. A sustained effort on the part of the cryptocurrency industry, in particular the LUNA community, can go a long way in restoring the trust of investors in the market.

We must again reiterate that market forecasts aren’t set in stone and can go wildly wrong, particularly in a market as volatile as that of cryptocurrency. Investors should therefore take due caution before investing in LUNA.

Are Quantum Computers A Threat To Cryptocurrency?