The UK’s financial regulator has warned consumers against dealing with FTX, the cryptocurrency exchange run by billionaire Sam Bankman-Fried, in the latest clash between British authorities and offshore digital asset companies.

The Financial Conduct Authority said the Bahamas-based exchange appeared to be offering products and services in the UK without its authorisation, according to a statement on the regulator’s website.

“This firm is not authorised by us and is targeting people in the UK,” the statement said.

The move against FTX, one of the largest digital asset exchanges, comes after a bruising battle between the FCA and Binance as the UK steps up efforts to control the often unregulated world of cryptocurrencies.

The FCA intervened against Binance last year, saying its “complex and high-risk financial products” posed “a significant risk to consumers” and that the world’s largest crypto exchange had “failed” to respond to some of its basic queries, making it impossible to oversee the sprawling group.

Binance, one of FTX’s chief rivals, has pledged to become fully compliant with regulation and to reapply for supervision in the UK.

A spokesperson for FTX said they believed the regulator intended to warn consumers about a scam impersonating the exchange because some of the phone numbers the regulator listed had been reported as linked to scams.

However, the spokesperson acknowledged that the website identified by the FCA — ftx.com — is the real website of the company. “We’re looking into it and communicating with regulators,” said FTX. The FCA said in response: “It’s important we issue warnings as quickly as possible and [we] will issue updates if further information comes to light.”

Crypto exchange and wallet providers have to register with the FCA for anti-money laundering supervision if their digital asset activity is “carried on by way of business in the UK”, according to an FCA guide. 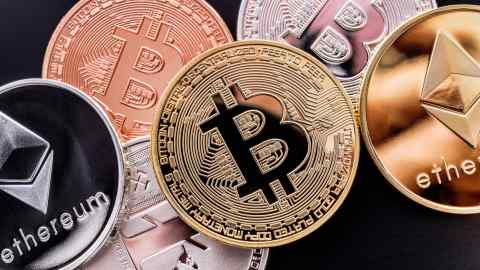 The FCA and other financial regulators around the world have faced a challenge trying to protect consumers and impose standards in crypto markets, where many of the largest groups are based in offshore jurisdictions. Both FTX and Cayman Island-registered Binance have set up American affiliates to appease US authorities but they offer services in other countries from their international base.

FTX’s European division this month announced that Cyprus’s financial regulator had granted it an investment firm licence, as the crypto firm pushes to expand across the continent. Bankman-Fried, FTX’s chief executive, said at the time: “Securing this licence in the European Union is an important step in achieving our goal of becoming one of the most regulated exchanges in the world.”

The FCA said UK clients dealing with FTX would not have access to UK consumer protections such as the Financial Ombudsman or Financial Services Compensation Scheme and would be “unlikely to get [their] money back if things go wrong”.

What Does a Risk Analysis Say About Florin (XFL) Monday?

How Altcoiners Use Bitcoin To Rent Seek – Bitcoin Magazine

How Altcoiners Use Bitcoin To Rent Seek - Bitcoin Magazine