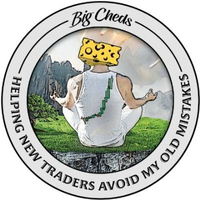 Followers : 0 View profile , has put forward his bullish stance towards Bitcoin even after the currency plunged to near the $18,000 level.

Cheds informs his 284,700 admirers over Twitter that the flagship currency might be on the verge of forming a double bottom on the daily chart.

As per the analyst, for Bitcoin to form a smaller W, it needs to see a breakout at $22,000 and for a larger W, the currency should surge above the $25,500 resistance level.

He feels that though there is a possibility for the above-said price action to materialize, BTC might drop to $16,000 and hold on there.

Next, Cheds talks about Ethereum (ETH) and asserts that it was quick enough to hold its price action above its crucial support level which stopped the currency from a massive sell-off. If Ethereum had experienced a sell-off, the currency would have plunged below the $1,000 range.

The analyst also discussed another altcoin, Ripple’s XRP, the seventh largest cryptocurrency by market cap. He claims a bearish stance towards XRP until the currency moves beyond $0.40

Was this writing helpful?

Bitcoin Mining Profitability Returns To 2020 Levels, But Why?

Bitcoin Mining Profitability Returns To 2020 Levels, But Why?

What is the Next Cryptocurrency to Explode? Top 9 Contenders