A panel of self-service equipment operators see a big future for bitcoin and offer ideas about getting up to speed. 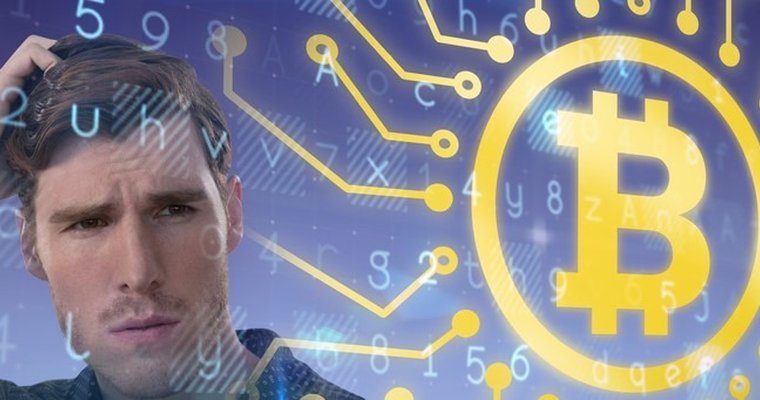 Bitcoin and cryptocurrency continue to intrigue people of all ages and career orientations, and the self-service equipment industry, a payments-focused entity, is no exception.

As cryptocurrency expands, so does the need to educate newcomers about this highly technical and controversial subject. Hence, the recent Amusement Expo International in Las Vegas offered a session, “Cryptocurrency and Coin-Op, Putting the Pieces Together.”

One of the challenges newbies confront in learning about cryptocurrency is the amount of misinformation that crypto veterans claim is pervasive.

“Don’t go to major media outlets like CNN or Wall Street Journal,” said panelist Brian Halsey, an attorney and a business law professor, during the AEI session. He says the reporting in these outlets is biased and inaccurate.

“You need to do your own research and start with the basics,” Halsey said.

“Just don’t spend any money that you don’t want to lose,” Lee said, adding that a one-day session will not educate anyone enough about cryptocurrency. “The space is just too big, too broad, too complex.”

Bitcoin has a future

The panelists nevertheless agreed that cryptocurrency has a good future, despite what but many critics have claimed.

“It’s here, it’s real, it’s going to be here, it’s not going away, it’s got the attention of everybody on Facebook up to the United States government,” Storz said. “If a person in the future doesn’t have at least one half of one bitcoin in their pocket, they will be the underclass.”

With regard to bitcoin, the leading cryptocurrency, “Some institutional investors are taking money off the table; eventually they will be coming back in,” Halsey said.

When the government does regulate bitcoin, which Halsey said is expected, large institutions will be investing significant sums, which should level the price fluctuations that have made many potential users wary.

“I’m going to be really annoyed when it’s worth $1 million,” he said.

As more people buy and use bitcoin, the price is expected to rise over the long term since the supply of bitcoins is limited by its program code.

Halsey acknowledged that bitcoin’s price sometimes fluctuates correlative to equities and sometimes with economic shocks such as news about inflation.

“But over the long term, because there are only 21 million bitcoins that are (ever) available, and that’s it,” he said. “Bitcoin by its nature, you can’t increase over that 21 million that’s hard coated into the system. Because of that it protects the long term.”

He said hyperinflation (in government currency) will help bitcoin, which he considers a deflationary asset.

“As bitcoin adoption continues, it will behave more as an inflationary asset,” he said.

Who to listen to

Halsey encouraged newbies to listen to educational crypto podcasts. The best podcasts in his view are “The Breakdown” series with Nathaniel Whittemore. These are 15-minute daily analyses of macroeconomics, bitcoin, geopolitics and “big picture” power shifts, according to a description on Apple Podcasts.

Another podcast he recommended is “What Bitcoin Did” by Peter McCormack which can be accessed under its title. These are 60- to 90-minute podcasts posted weekly. Halsey said it is excellent for beginners.

The next recommended podcast for beginners is the Pomp Podcast by Anthony Pompliano, a daily 30-minute podcast.

Other helpful sources according to Halsey include:

Twitter is also a good source for learning the most up to date information about cryptocurrency, he said, but news reports that are over two or three months old should be disregarded.

“In the crypto world, one week is one year in real life,” Halsey said. “Start with the new stuff and move forward; don’t walk backwards.”

Cryptocurrency apps such as Coinbase, Swan and Cash App are helpful for beginners, Lee said. These apps allow people to set up an account and link their bank account and set a certain amount to automatically purchase bitcoin.

While the panelists agreed that newbies should begin buying bitcoin as they learn about it, they discouraged listeners from trying to mine bitcoin. Mining is the process by which new bitcoins are created. This is accomplished using sophisticated computers. Bitcoins are created when the computer solves a complex math problem.

The cost of computers for mining bitcoin are now around $10,000 apiece, Halsey said, and it would take about a year and three months to recover the investment in mining equipment, not including the cost of the electricity.

One option is to join a mining pool, a group of miners working together to mine and distribute the payments based on each party’s contribution to the pool.

One listener who said he joined a mining pool consisting of tens of thousands of people, however, said the chances of earning bitcoin with the miners is “one in a million.”

Another listener asked the amusement operator panelists why they do not offer bitcoin acceptance on their amusement machines.

Lee responded that bitcoin transaction processing currently is not fast enough and that the bitcoin payment technology for self service equipment has not evolved sufficiently.

Another listener volunteered that the Lightning Network, a second layer added to the bitcoin blockchain that allows off-chain transactions, enables faster transactions and could be integrated into game equipment payment systems.

While processing time remains an issue, an advantage of bitcoin as a payment method is that its transaction cost is very low compared to credit cards.

Pursuant to this, Halsey said a stablecoin, a computerized token that represents a dollar, can also be used for payment and has zero transaction fees.

“As far as transactions are concerned, it’s either going to be the bitcoin Lightning Network or it’s probably going to be stablecoin,” Halsey said.