The recent bankruptcy of FTX in the wake of an $8 billion liquidity crunch sent panic through the crypto markets – which in turn has had an impact on F1 teams.

Eight of the squads on the grid have sponsorship deals with crypto firms, with F1 itself having a major deal with exchange Crypto.com.

FTX was a sponsor of the Mercedes team, and the trouble prompted the German car manufacturer to suspend the deal on the eve of the Brazilian Grand Prix and remove the company’s logos from its car and assets.

The demise of FTX impacted other companies that had loans or financial arrangements with it, and prompted concerns about contagion in the market amid uncertainty about the reserves of other major exchanges.

But Brown does not see the need to be too worried about the impact on F1, as he says the crypto market will see its strongest participants survive.

He was clear that he has no fears about the strength of exchange OKX, which joined forces with McLaren earlier this year.

“We’re very comfortable with OKX, and we did a tremendous amount of due diligence,” said Brown.

“We had a choice on which partner to go with, because we had a bunch of approaches, so we believe we’ve got the best partner in the business. We’re well aware of their back end, their reserves, the deposits, how they operate. So I’m very comfortable there.” 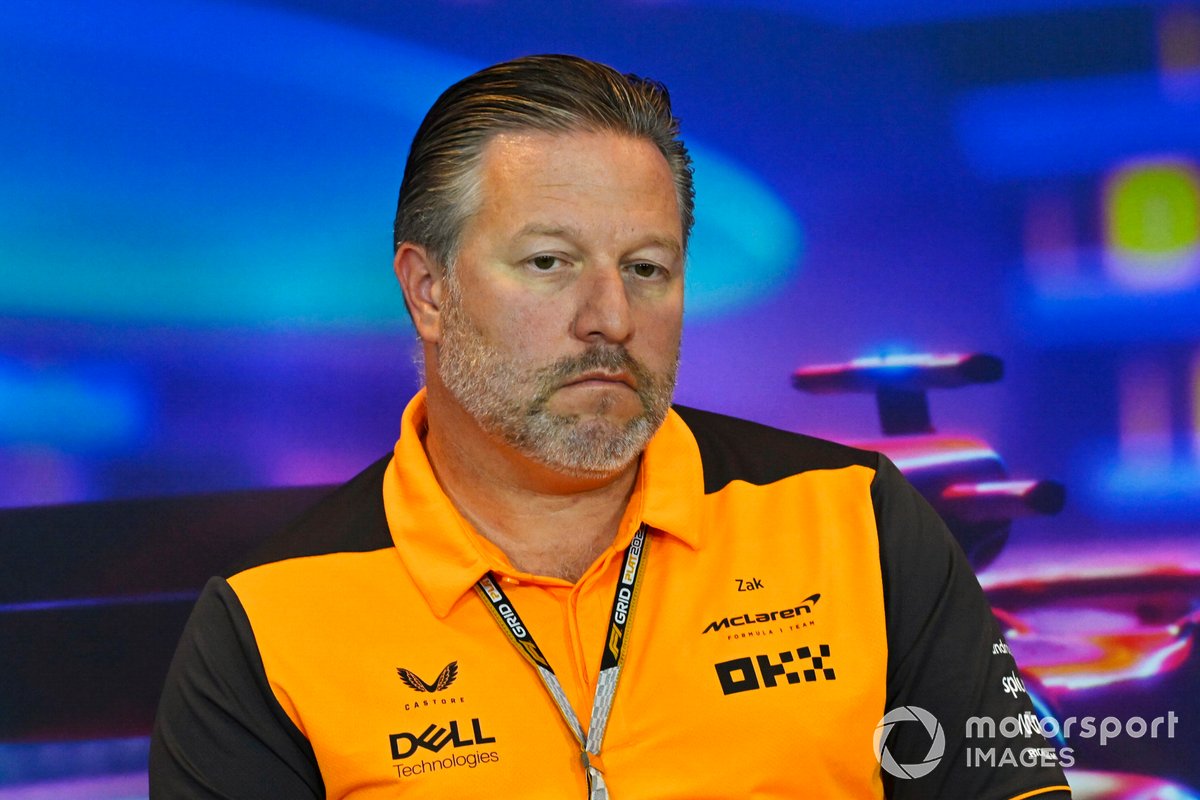 Asked by Motorsport.com if there was a risk of a wider potential impact of the crypto meltdown on F1, Brown said: “The FTX [situation] certainly seems to be a complete mess.

“I kind of liken it to the Internet when it got started. You had lots of Internet companies. Lots didn’t make it, but then companies like Amazon came out pretty good.

“I think that’ll be the same with crypto and blockchain. You just had so many people rush towards it. And the end result will be a handful, and I don’t know what that number is, of real serious players.

“Everyone that I’ve spoken within the financial industry is very bullish on crypto and blockchain as a financial instrument moving forward. And it’s just going to be a case of who are going to be the big players in the space. We’re convinced OKX is going to be one of them and they’ve been rock solid with us.”

Brown also reckons that doubts about the long-term viability of crypto sponsors are no different from scepticism about other industries that have been involved in F1.

“But the sport is so strong that it seems always to be someone there to step in. So it would be unfortunate if there’s a lot of impact, but I think the sport is just fine.”

Litecoin price analysis: LTC down to $77.45 as bearish development continues

Altcoins like Chainlink, Tron and Litecoin Make an Upmove

Altcoins like Chainlink, Tron and Litecoin Make an Upmove

The Progressive Case for Bitcoin, With Jason Maier