Could Bitcoin Help You Retire Early?


Cryptocurrencies such as Bitcoin (BTC 2.08%) have the potential to completely redefine the way individual investors think about retirement. This is due to one simple reason: Bitcoin has the proven ability to deliver the type of sky-high, stratospheric returns that simply are not possible through conventional stocks and bonds. As a result, some investors now view Bitcoin as a possible tool to help them retire early.

But just how realistic is that assumption? After all, as we’ve seen in 2022, cryptocurrencies and crypto institutions can crash at any time, often without any advance warning. With that in mind, here are a few things to consider if you are thinking about Bitcoin as a possible retirement option.

While it is true that Bitcoin is up more than 16,229% since 2013, it is also true that Bitcoin is prone to enormous volatility swings. Throughout its existence, Bitcoin has had at least five different periods when it crashed significantly. During the first of these crashes, Bitcoin plummeted from $32 to $0.01 in just a few days.

Just how comfortable would you be if your retirement fund crashed to zero, with no apparent warning, in a matter of days? Thus, the first thing you need to keep in mind is the trade-off between risk and reward.

You should also consider your retirement time horizon. Investing in Bitcoin is much different for a younger investor with decades to go until retirement than an older investor who is closer to retirement. Younger investors, for example, are much better prepared to withstand the current crypto winter than older investors. They can patiently wait for Bitcoin to recover, and then go on another of its amazing, stratospheric runs. Given that past Bitcoin downcycles have lasted as long as 37 months, older investors simply may not have that long to wait.

Finally, another factor to keep in mind is how best to deploy a Bitcoin retirement strategy. The cornerstone of any retirement plan is typically a defined contribution plan from an employer or an IRA from a major financial institution. Right now, those types of retirement options don’t readily exist for crypto investors. 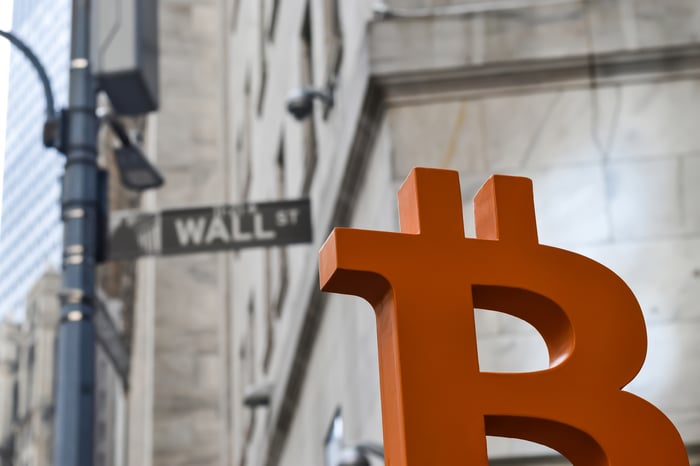 Yes, Fidelity Investments announced earlier this year that it was going to offer Bitcoin investment options for employer 401(k) plans, but many employers have said that they are going to pass on those options due to the perceived risk involved. Employers are expected to act as trusted custodians of employee retirement funds, and adding Bitcoin into the mix puts them at potential risk. In the wake of the FTX collapse, three U.S. senators are now calling on Fidelity to reconsider its Bitcoin 401(k) offerings.

In addition, New York Attorney General Letitia James has become a very vocal critic of cryptocurrencies in retirement funds. She now recommends against crypto in any IRAs or defined contribution plans, such as 401(k) plans. Her opinion is important, given the role of New York City within the financial world. Other states could follow her lead, and that would make it even harder to find regulated, trustworthy Bitcoin retirement options.

For the time being, then, using crypto for retirement is very much a do-it-yourself proposition. You won’t have a financial advisor guiding you along the way, and you won’t have access to safe investment products specifically designed with retirement in mind. Most likely, you’ll be putting your money on a cryptocurrency exchange and doing your own trading. Let’s just hope that the cryptocurrency exchange you choose doesn’t turn into the next FTX!

Early retirement, with an asterisk

As you might have guessed by now, using Bitcoin as your only means of retirement savings is problematic at best. It would require a do-it-yourself approach that manages to time the market just right, so as to avoid any market crashes right ahead of retirement. It would also require a modicum of luck to protect the full amount of your retirement savings in a Wild West, unregulated financial environment where things can and do go wrong.

Just keep in mind that there is tremendous risk involved with any crypto investment strategy. Yes, the rewards can be sky-high, but you have to be willing to hibernate through the long crypto winters as well.

How Cryptocurrency has revolutionized the gaming sector

How Cryptocurrency has revolutionized the gaming sector

Your quick guide to Cryptocurrency and Blockchain